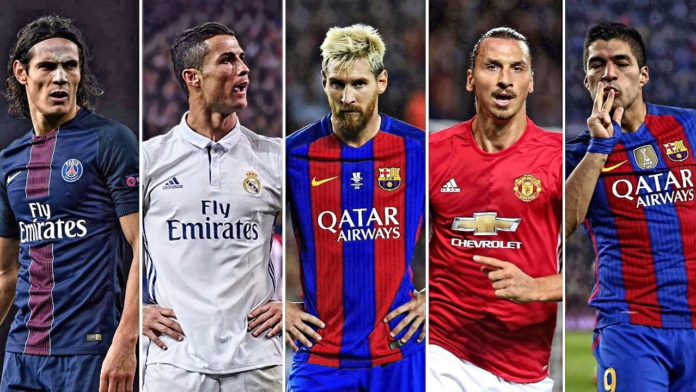 Now that the UEFA Champions League is about to be restarted after the COVID-19 pandemic, I have put together a list of the current Champions League top scorers who are chasing the Golden Boot in Europe top-flight league.

At the age of 31, would you have believed that Bayern Munich striker, Robert Lewandowski will currently be leading the pack with eleven goals, defying all expectations?

He is closely followed by teenage wonder-kid Erling Håland with 10 goals to his name.

The 19-year-old had 8 goals for RB Salzburg before he made that move to Borussia Dortmund in January and has scored two so far which makes him the first player to have scored for two different clubs in the same Champions League season.

The trio of Serge Gnabry, Harry Kane, and Dries Mertens all share six goals each to their credit so far.

Regrettably, the two greatest footballers of our time, Juventus superstar, Cristiano Ronaldo, and Barcelona captain Lionel Messi are far down the ladder scoring just two goals each for their respective clubs.

Now here are the Highest Goal Scorer in Champions League:

SEE ALSO |  All Liverpool Managers Listed In Order: See All 21 OF Them

So now we know who is the Highest Goal Scorer in the Champions League of 2019-20.

This record is has been updated correctly as of the last game played. And I have limited the highest goal scorers' record to those who scored three goals and above.