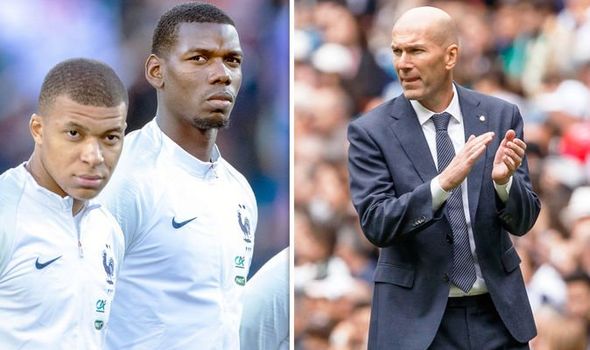 Real Madrid manager Zinedine Zidane has serious intentions of bringing his very good friend Paul Pogba to the Bernabeu but this move may fail because of the club's interest in Paris Saint-Germain forward Kylian Mbappe.

Zidane does still want to sign the Manchester United star in the summer but the club's hierarchy, including president Florentino Perez, are more keen on Mbappe.

AS had earlier reported that Pogba is Zidane's “great wish” and he believes the midfielder is the “type of player around whom a squad can be built”.

Pogba has no intention of continuing at Old Trafford this summer and GoalBall understands that the Red Devils want to sell him to avoid a drawn-out transfer saga wrecking their summer plans.

Now, according to AS, Real face a problem in their move for Pogba, with their pursuit of Mbappe complicating matters.

Club chiefs do not seem to be keen at all about their midfield as they do not see as a priority thanks to the emergence of Federico Valverde and the impending return of loan stars Martin Odegaard and Dani Ceballos.

They are planning to bring Mbappe to Madrid in 2021 and that would be compromised if they forked out big money to sign the World Cup winner.