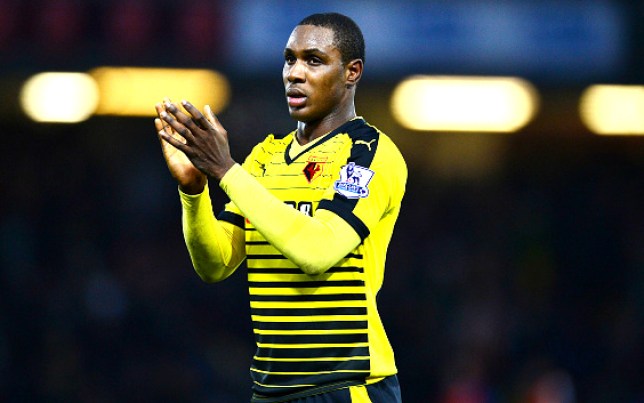 Manchester United, who are in the hunt for a striker in the transfer market, have registered a shock interest in signing Odion Ighalo and Islam Slimani on loan this month.

Ole Gunnar Solskjaer is keen on bringing in a striker this month on loan following the injury to Marcus Rashford.

And now Sky Sports are reporting that the Red Devils have made shock approaches for the two former Premier League players.

United are looking for quick fixes to keep their hopes of a top-four finish alive.

The club are facing competition from Aston Villa and Tottenham for Slimani though, who is currently on loan at Monaco.

He has scored seven goals in 13 Ligue 1 matches this season, which has reminded several clubs of his goalscoring pedigree.

Slimani is currently on loan at Leicester and therefore there are complications surrounding a potential switch this month.

Leicester City boss, Brendan Rodgers has explained that he believes a deal may be too complicated, something Solskjaer’s side would need to untangle.

“I think that looks like it’s probably going to be too complicated,” said Rodgers when quizzed about Slimani joining another club in this transfer window.

“There is interest in him, but he is there at Monaco and due to be there for the season.

“I’m not sure if anything will happen on that or not, but it will just make it a little bit complicated.”