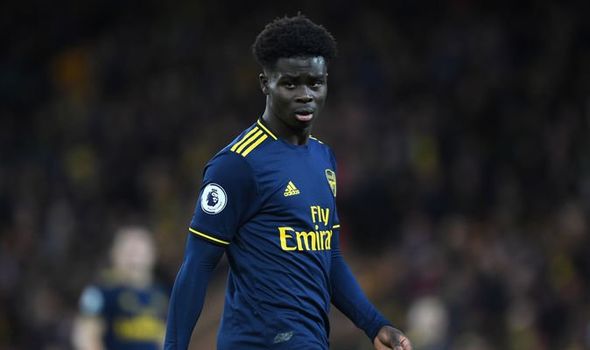 Manchester United and Liverpool are finding a way to snatch Bukayo Saka away from Arsenal, according to reports.

And the club have commenced negotiations over a new one, which Mikel Arteta hopes he will sign after working his way into the first team.

But according to the Daily Mail, United, Liverpool and Bayern Munich are monitoring the progression of the talks.

Saka broke into the Gunners senior side last season under Unai Emery and made four appearances.

He has been even more involved this season with 23 outings for the first team under his belt.

And he made his worth known with his versatility, proving effective on the left-wing or filling in at left-back for the injured Kieran Tierney and Sead Kolasinac.

The Gunners academy product has been likened to Cristiano Ronaldo by none other than Michael Owen.

Last September, Saka emerged the youngest Arsenal starter in Premier League history when he featured against the Red Devils just 25 days after his 18th birthday.