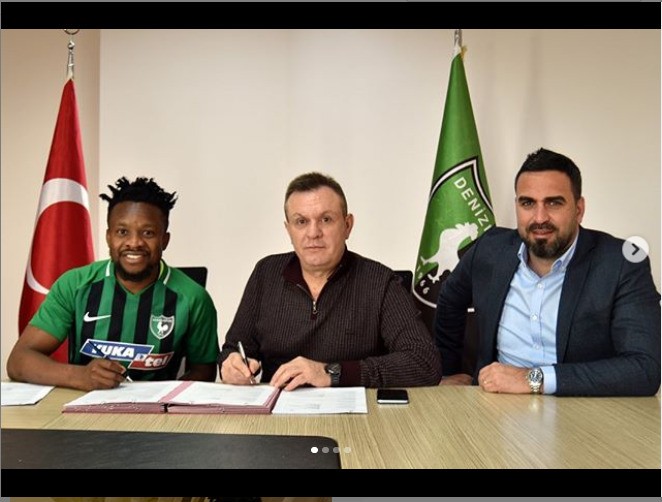 Ogenyi Onazi has moved to Turkish Super Lig side Denizlispor on a one-and-a-half-year deal on Wednesday for an undisclosed fee.

Denizlispor have confirmed the Onazi switch on their Twitter handle.

Trabzonspor also took to Twitter to thank Onazi, who joined them from Lazio for €3.5m in 2016, for his time while at the club.

“We thank Onazi for his contributions and wish him success in his career. All the best Ogenyi Onazi,” Trabzonspor tweeted.

Onazi, who had six months left on his contract with Trabzonspor, was a regular for the Black Sea Storm in his first two seasons there, before injury ruled him out for almost a year in December 2018.

He also took to Instagram to express his excitement at moving to Denizlispor.

“The year started with a blessing. Denizli I am here, let’s make the difference. I can’t wait for my first game,” he wrote.

He also posted another message, thanking Trabzonspor fans for his time at the club.

“My gratitude and loyalty go to the wonderful fans of this great club Trabzonspor. I will never forget the love, respect and passion you guys have shown me from day one. I already have a special place in my heart for each and every one of you. I wish you all happiness because you deserve to be happy and good luck for the rest of the season,” he said.

Onazi is expected in the Denizlispor lineup that’ll face his former club Trabzonspor when they meet in the first leg of the Turkish Cup Round of 16 encounter on Thursday.