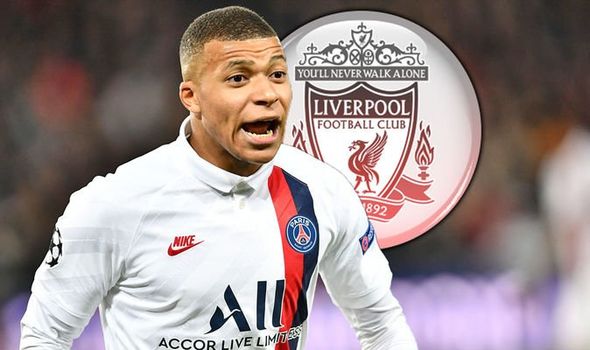 Kylian Mbappe has been linked with a move to Liverpool, but club legend John Barnes doesn't think the Paris St-Germain superstar would suit Jurgen Klopp's system at Anfield.

Last week, Klopp was reported to have contacted Mbappe’s father in a bid to lure the 21-year-old to Anfield this summer and the Reds would have to fork out £174m to do so.

But according to former Reds hero Barnes, Mbappe wouldn’t suit the ‘gegenpressing’ style Klopp has implemented at Liverpool.

“Klopp signs players to fit his system, not only because they looked great at their previous clubs,” he said in an interview with former Reds midfielder Danny Murphy for the Daily Mail .

“Ninety nine per cent of people wouldn't pick [Jordan] Henderson and [Georginio] Wijnaldum above Kevin De Bruyne and David Silva or even Jack Grealish or James Maddison, but they work for Liverpool.”

Asked about the importance of Roberto Firmino at Merseyside, Barnes replied: “I think he is the most important forward in what he gives the team. He gives Liverpool invention in tight areas.

“They'll need to sign another forward at some point in case one of the front three leaves but it will have to fit what Klopp wants.

“Kylian Mbappe is fantastic on the ball but would he do the other stuff? I'd suggest if you're a 21-year-old superstar, your attitude isn't going to change.”

October 9, 2022
May 3, 2020
Home Transfer News Why Kylian Mbappe Would Not Fit In At Liverpool Explained