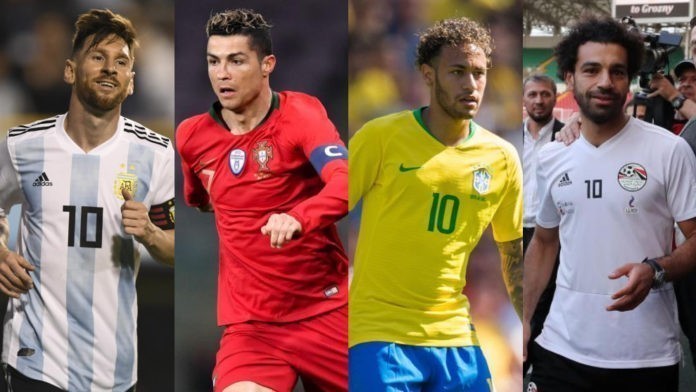 The old guard seems to have abated a little and new faces have risen in the game of football. Some of last season’s best performers have failed to replicate their form this year.

When you consider the current scenario, you’ll find that a lot of new players have taken the world by storm thus causing the list of the best footballer in the world to undergo a change.

Though each fan has his/her own opinion about who the best footballer in the world should be, nearly everyone agrees on the greatness of a few players.

Now how did I come up with this best footballer in the world list? For the most part, I put a lot of consideration to the length of a player’s success, but where things were close, I leaned towards recent seasons.

Club and international play were considered equally, and team success was also factored in.

Without further ado, here is my list of the 10 best footballers in the world for 2019.

I know what you’re thinking: ‘what is this guy doing on this best footballer in the world list? Eden Hazard won’t even make my starting XI!’ Remember I said this is my list? So Hazard is in!

The Belgian has been at his imperious best as usual notching 12 goals and 4 assists in 33 appearances.

Eden Hazard was instrumental in the Blues' title-winning campaign last season and is set to play the same role this year.

Chelsea will require him in every game if they want to seal a Champions League place for the next season.

There was a lot of criticism on Paul Pogba for his irregular performances last season, but the Frenchman is back with a bang this season.

His performing well this season was inevitable following his award of Best Player of the UEFA Europa League last season.

As expected, Pogba has flourished in an attacking role, becoming perhaps the most influential figure in the current Manchester United set-up.

If this were a list of midfielders, Kevin De Bruyne would have scooped the first prize by a mile.

The midfielder is very much likely to lay his hands on some accolades on both club and personal level this season.

Holding on to players like David Silva and Sergio Aguero is why the Citizens have succeeded in establishing themselves as a major powerhouse.

Doing the same with the Belgian will be equally very important because, with the impressive performances De Bruyne has put in, transfer bids have already started flooding and there’ll be more to come in the summer, though they have tied him up until 2023.

Like it or yes, the best goalkeeper in the world right now is David De Gea, period.

The Spaniard has been Manchester United’s best player through and through, winning the Sir Matt Busby Player of the Year award thrice since 2014.

If it wasn't for De Gea, the Red Devils would have been humiliated frequently considering their lacklustre defensive records in the past.

The United Goalie has maintained the highest number of clean sheets in the league.

Mohamed Salah arrived Liverpool from Roma in July of 2017 and immediately set the Premier League on fire and led The Reds to a berth in the Champions League Final — scoring 11 goals during that run.

The Egyptian’s 32 goals in a 38-game Premier League season set a new record, surpassing the old mark of 31.

The former Chelsea forward also set Premier League season records for most left-footed goals (25), most goals by an African player (32) and most games scored in (24).

A complete finisher, Sergio Aguero was part of Argentina's run to the 2018 World Cup finals, where the team ultimately lost to France.

The Argentine was involved in securing two title wins under Roberto Mancini and Manuel Pellegrini, scoring that famous late winner against QPR in 2012 to seal the Premier League.

SEE ALSO: Neymar Salary: How Much Is The PSG Star Currently Worth?

Neymar has, as of 2018, scored more goals than Messi and Ronaldo had at the same stage of their careers and he has the capacity to be the very best once Ronaldo and Messi's career finally winds down.

The Brazilian forms one of the best attacking ​lineups in the history of soccer.

Luis Suarez’s ability to strike is not up for debate. The Barcelona striker is a master at weaving his way into the box 18 and is very deadly in one-on-one situations and he is an excellent free-kick taker.

His link-up play with teammates cannot be overemphasized, and he always gives 100 per cent.

Suarez has a penchant for conning referees which remains his Achilles heel, but that did not stop Barca from paying Liverpool $128.5 million for the player in July 2014.

The Argentine is a multi-year winner of FIFA's Player of the Year Award and is generally considered to be the best soccer player of all time.

Lionel Messi’s ability to mesmerize defenders with a mix of skill and speed is unrivalled, and did you know sometimes I feel as though the ball is glued to his feet.

The Barcelona/Argentina captain led his home country to the 2018 World Cup final, losing 4-3 to France.

Messi is a serial winner with Barcelona and is versatile enough to play anywhere across the frontline.

Cristiano Ronaldo is – as far as I’m concerned – the best footballer in the world!

Lionel Messi is the only player in the same league as Ronaldo. CR7 is stronger and taller than the Argentine, and his goals-to-games ratio is similar.

Ronaldo was in 2016 named FIFA's Player of the Year, making it his fourth such honour.

Since joining Real Madrid from Manchester United in 2009, Ronaldo has been a revelation. His famous stopover is imitated in parks across the world.

The Portuguese now plays for Juventus.

Once again, as I said, this is my own best footballer in the world list. If you disagree – which I expect – you can make your choice(s) known in the comment box.