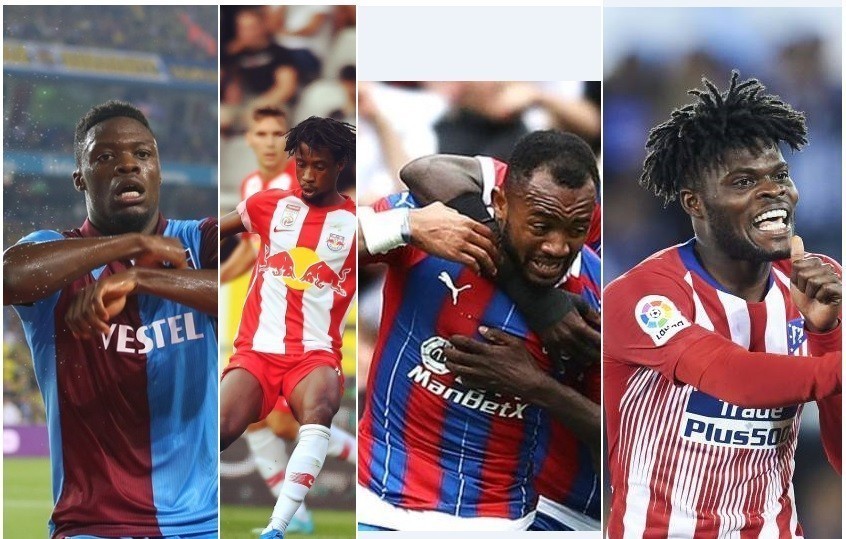 The number of Ghanaian footballers abroad is so many! Although there is hardly any country that doesn’t export footballers – after all, it’s a service they’re rendering!

Some of these Ghanaian-born players abroad – of course, the ones whose performances are exceptional – get called up to the Ghana national football team (the Black Stars).

This list of Ghanaian players abroad will focus on only the very best of them, as well as their clubs, and most of all – those ones who play in the English premier league.

I’m sure you are aware that the EPL remains the biggest n the world.

Did you say arguably? Well, I’ll leave that debate for another day.

Anyway, for fairness' sake, I will include Ghanaian players playing for other countries like in Europe, in Germany, in Italy, in England, in Spain, and so on.

And don’t be surprised when you find some of your famous Ghana soccer players on the list too. After all, they are also footballers of Ghanaian descent.