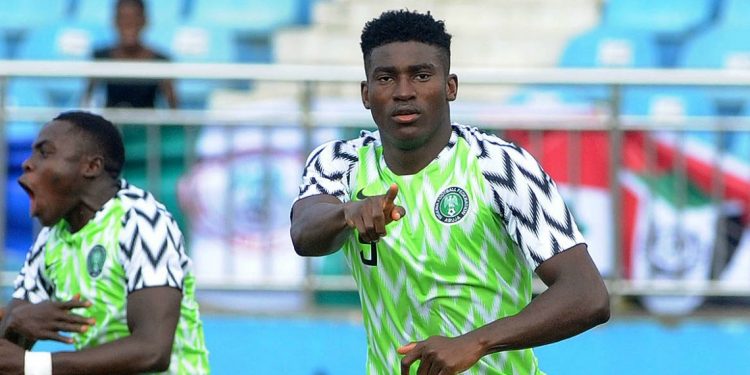 The Nigeria U23 team have been knocked out of the ongoing Africa Cup of Nations in Egypt.

The Imama Amapakabo side despite forcing their South African counterparts to a barren draw on Friday night crashed out of the U23 AFCON which also acts as the qualifiers for the football event of the Olympic Games billed for Tokyo next year.

Nigeria began their campaign in Egypt with a 1-0 loss to Ivory Coast before bouncing back to a 3-1 win over Zambia.

But the barren draw on Friday night was not enough to see them through to the semi-final and stay in contention for a place in the Olympic Games.

With the two group B matches going on concurrently on Friday, the coach Imama Amapakabo-tutored lads needed a victory to seal a place in the final four while considering the outcome of the other game between Ivory Coast and Zambia.

However, the Olympic Eagles could not find the back of the net, and with Ivory Coast beating Zambia in the other game, it meant Nigeria finished third.

Ivory Coast top the group with six points, while South Africa joined them in the semi-final with five points.

See Also | Ogbonna Explains Why He Chose Italy Over Nigeria

With this development, Nigeria will not be represented in the Olympic football event as well as the female team as they also failed in their bid to qualify.