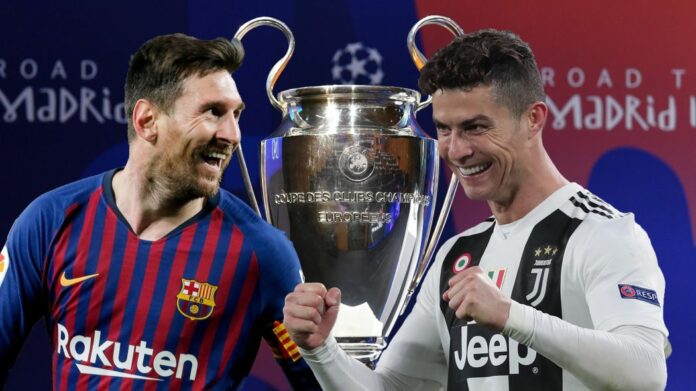 I want to attempt to highlight the 50 top scorers in UEFA Champions League history in this article. Only those players who have scored at least 20 goals will be listed.

Let’s get straight to who has the most goals in Champions League history?

But do you know all the teams that have won the UEFA Champions League since its inception? See them here.

Cristiano Ronaldo has the most goals in UCL history with a total of 128 goals … and still counting.

He is not closely followed by Barcelona's Lionel Messi at all as the Argentine has 114 goals in his kitty. And so you wonder why he has one Ballon d’Or Award more than CR7?

But, the current top scorer in Champions League is neither of them.

Bayern Munich’s Robert Lewandowski is the man of the moment with 11 goals so far as the 2019/20 Champions League has been put on hold for five months due to the coronavirus pandemic but will very likely return this month.

The gulf between that pair and the other UCL top scorers of all time is something one wonders if in the next decade any player will be able to surpass Ronaldo especially.

But truth be told, originally when it was still known as European Champion Clubs' Cup, it was a straight knockout competition.

And during the 1990s, the tournament was expanded to incorporate more teams which resulted in more games being played.

So now you understand the reason for the gulf; goalscoring chances for the likes of Ronaldo and Messi was increased, causing the players of old to be unfavored in terms of goals.

Note: Players with the same amount of goals are ranked by fewer minutes played.

Do note that the goals in the top scorers in UEFA Champions League history listed above do not include goals scored during qualifying rounds.