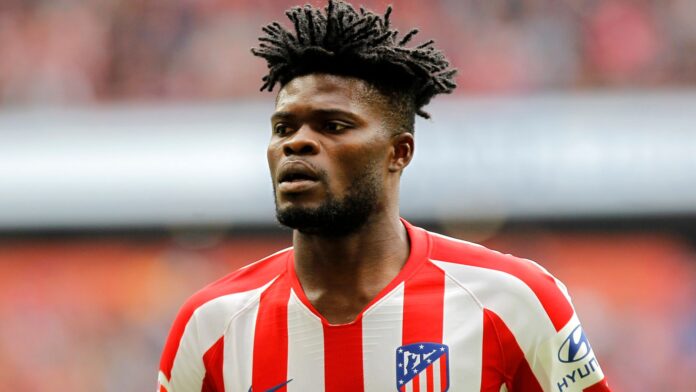 Who are the top Ghanaian players abroad and what do their salaries look like?

I have in this article written about the top 5 Ghanaian players abroad and their salaries. Let's take a peek.

Remember this is not about the performance of Ghanaian players abroad this weekend or at any other time.

And if you'd like to see the Ghanaian players who didn't play for Ghana, I have the top five among them in this article.

Ghanaian Players Abroad And Their Salaries

Daniel Amartey was a popular name with the Ghanaian national team until 2017 when he last featured for the black stars in the Africa Nations Cup.

The Ghanaian star plies his trade with Leicester City as a Defensive Midfielder.

While there is no certainty of a new contract extension, Daniel's Leicester deal gives him a whooping annual pay of 1,092,000 million pounds.

Christian Atsu was born in Ada for Ghana on January 10, 1992, and is a popular name in the Africa Country, though he hasn't been featured for the team since the 2015 Africa cup of Nations.

He plays as a striker for Newcastle. He joined the club from Chelsea in 2017.

Jeffery Sclupp was born in Homburg, Germany, on December 23, 1992, and plays as a midfielder for both the Crystal Palace and the Ghana National senior team.

His contract sees him earn a salary of 2,912,000 million pounds yearly.

Jeffery Sclupp's salary ranks high and is in the line of well-paid footballers and is not a bad deal at all.

A veteran in the Ghana national team, Jordan Ayew, 31, plays as a center forward for Crystal Palace.

He first played with championship side Swansea city before joining Palace in 2019 on a contract that sees him earn 1,690,000 million pounds annually.

This deal makes Jordan Ayew one of Ghanaian highest earners.

He plays as a defensive midfielder for Arsenal and the Ghanaian National team. He is the vice-Captain of the Ghana National senior team.

His contract makes him one of the highest-paid Athletes in Arsenal 2020/2021, with the Ghanaian vice-captain earning 13,000,000 million pounds annually.

Partey hourly pay is equivalent to months of the average U.K worker, so there is really no doubt he would be having the time of his life.

Those are my top 5 Ghanaian players abroad and their salaries. Know anymore of them? Add yours to the comment box.