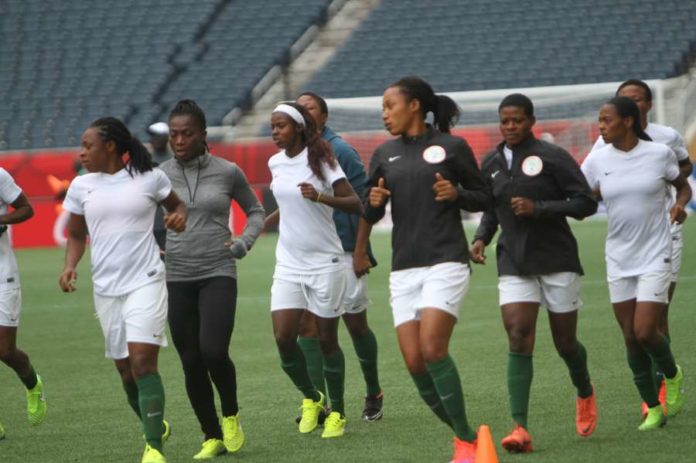 Well, they do, and I’m going to be reeling out the list of female football clubs in Nigeria in this post.

Of course, the most popular sport in Nigeria remains football.

When NIFFPA came into being, other clubs like Jegede Babes, Larry Angels, Kakanfo Babes, Ufuoma Babes, and the rest where formed.

Nigeria Football Association (NFA as it was then known) in 1990 organized the first championship which the Nigeria female league was later restructured and renamed to be Premier League that involves twelve teams playing in a single division.

The Nigeria female football league (the top division league, that is) always followed groups pattern and a super six tourney at the end of the season.

The top three teams from each group form the super six leagues at the end of the regular season to decide the overall winner of the league but this was later stopped.

The Elite league created from the top six teams in each group was established during the 2012/2013 season and the Elite league was known as Nigeria Women Premier League.

While the remaining teams joined other clubs to form a lower division league to make room for the promotion and relegation format.

The highest division for female football in Nigeria is the Nigeria Women Premier League. The Nigeria Women Pro –League and the Women Amateur Football Association League are on the second and third tier, respectively, on the pyramid.

There is a separate management team for the female league but all football administration in Nigeria is run by the Nigeria Football Federation.

Amaju Pinnick is the current President of the NFF with headquarters in Abuja.

Pelican stars F.C (Calabar) are one of the clubs that participated in the Nigeria women football league since inception.

No Club has beaten that record yet.

So much for their history!

Now let’s look at the list of female football clubs in Nigeria:

SEE ALSO | FIFA Licensed Agents In Nigeria: Steps On How To Find Genuine Ones