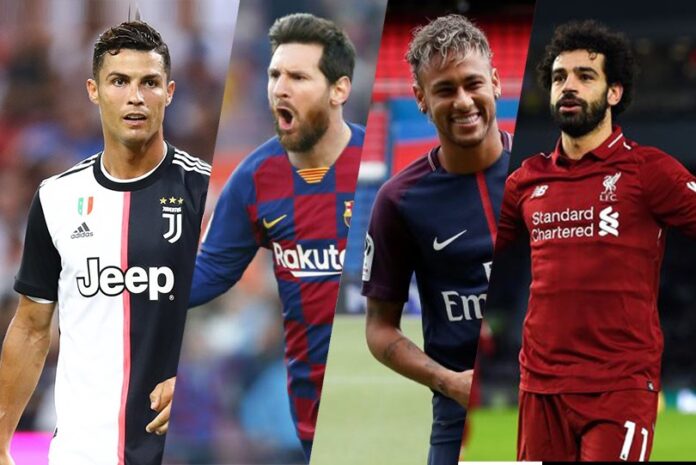 Forbes magazine has published the list of the best-paid footballers, other sportsmen and women in the world in 2020.

GoalBall bring you selection of the top ten players who earned the most in 2020.

As always, Lionel Messi is at the top for his salary of 74.8 million euros, which he complemented with 27.7 million of other income to receive a total of 102.5.

Behind the captain of FC Barcelona is the usual podium that has been formed since the middle of the last decade by Cristiano Ronaldo (total of 95.1 million) and Neymar Jr (78).

The Spanish goalkeeper opens the list with an income of 22 million euros, of which 20 come from his salary at United.

‘The Best' enters the rankings, although he does take the top spot. He received 23 million euros, 20 from his salary at Bayern.

Spurs and Real Madrid, the club that still owns the player, share the 18.7 million euros of his salary. In total, he earned 23.6 million.

The Frenchman is some way off of his teammate Messi. Forbes' figure for the player was 26.8 million, 22.7 million of which was collected from Barca.

The Mancunians paid 22.8 million to the French midfielder in 2020 where he received a total of 27.6 million.

We approach the podium with the Egyptian. Jürgen Klopp's Liverpool star has a salary of 19.5 million euros and a total income of 30.

The Frenchman, whose contract with the Parisians ends in 2022, collected 22.7 million euros in the Parc des Princes, but you can see that his brand is selling because his total income was 34.2 million.

Now we enter the classic podium. The Brazilian receives 63.4 million euros from Paris Saint-Germain. The total income of the player in 2020 is 78 million.

The Portuguese was the second-best paid in the world. Juventus paid him 57 million euros, but CR7 raised the amount to 95.1 with other contracts.

The Barcelona '10' tops the list of those who earned the most in 2020. His basic salary is reported to be 74.8 million euros according to ‘Forbes', but Messi reached 102.5 million in total.

SEE ALSO | Barcelona Football Academy in Nigeria: Clear Guide On How To Join