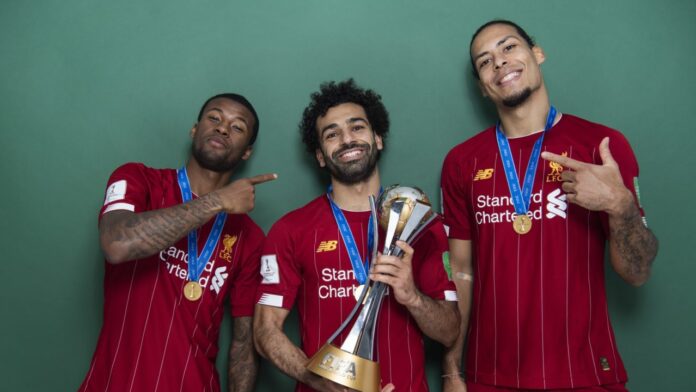 Liverpool is ranked among the most successful soccer teams in England.

Apart from being successful, it is also one of the world's richest football clubs.

Thus, their players are very well paid as they host some of the world's most talented players.

Though Liverpool is said not to go overboard with their salary spending compared to clubs like Manchester United or Arsenal, their players are still well paid.

With an estimated net worth of $2.183B, we wouldn't expect any less.

Would you like to know which players are the highest paid in Liverpool currently? What is the worth of their contracts, and how their salaries look like?

Then, stick around to find out about the top five highest paid Liverpool players currently.

Famously known as Mo Salah by his fanatics, Mohammed Salah is currently the highest-paid player by Liverpool.

He is estimated to earn a whooping £10.4 million per annum, and his salary is said to account for 9% of the club's total salary expenses.

His weekly salary stands at around £200,000 per-week, and the winger, having been ranked among the world's greatest forwards currently, this is no shock at all.

Salah also plays for the Egyptian National Team as Egypt is his country of origin.

The contract also provides bonuses approximated at around $15 million a year; now, he is estimated to have a net worth of around $90 million.

Thiago is currently is the second highest paid Liverpool player after Mohammed Salah.

His contract also attracts some bonuses, and his weekly wages are around £192308.

Thiago's stellar performance in the field led him to rise to such major contracts.

He kick-started his career at the age of 16 years and has secured deals worth a lot of money with other clubs like Barcelona.

Thiago's net worth is estimated at approximately 25 million dollars; apart from football earnings, he has other endorsement deals.

Robert Firmino is ranked as the third highest-paid Liverpool player.

Firmino plays as an attacking midfielder, forward, or winger for Liverpool. Firmino also plays for the Brazil national team.

Firmino's annual salary is 9,360,000 euros, and he receives weekly wages of £180,000. Firmino is currently estimated to be worth 25 million euros on the transfer market site.

He also won some important titles in UEFA Super Cup, FIFA among others.

His current net worth is estimated at $32million, and apart from football, he also endorses various brands.

Virgil signed a five-year contract with Liverpool, which was worth £51,480,000. Virgil is also the captain of his country football team, the Netherlands National team.

He is an outstanding performer, and he is the only defender ever to win the UEFA Men's Player of the Season and Best FIFA Men's Player.

Having had a very lucrative football career, Virgil's net worth is estimated at approximately $20 million.

Jordan is the 5th of our top 5 highest paid Liverpool players; his salary currently stands at £7,280,000.

He signed a five-year contract with Liverpool FC, which was valued at £36,400,000. He receives weekly wages of around £140000. He is the current captain of the Reds, a position he took after Steven Gerrard left Liverpool.

Henderson's net worth has risen greatly in 2020 and is approximated at $32 million.

So, if you are a Liverpool fan looking to find out how much your favourite top player is paid, this is a great article for you. It tackles your favourites' annual salaries and weekly wages and their worth.