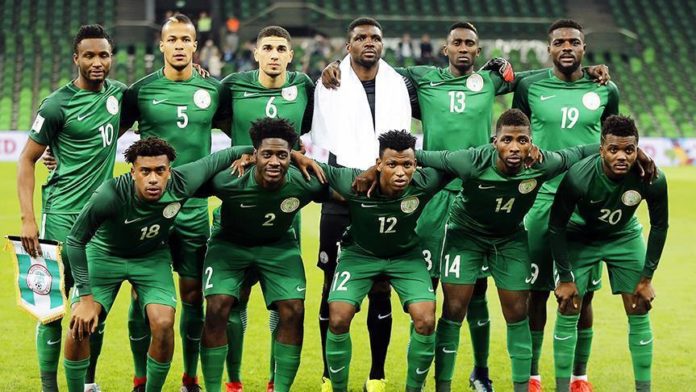 Whether you like to admit it or not, football is a very lucrative game-turned-business!

Want to know who the highest-paid Nigerian footballers are?

You will need to hold tight for this because I'm about to blow your mind with who occupies the top position!

But before I go on, I used to have a friend who back then was from a poor background.

He loved to play football and kept playing the round leather game hoping that someday he'll break even.

Some of our other friends discouraged him and told him to get a job, but my friend just kept on pursuing his passion until he did eventually break even.

His skills were finally noticed by some foreign scouts who came to watch him and his team play and before anyone could say Jack Robinson, my friend got a contract to sign for one of those lower divisions abroad.

The rest is history.

He is no longer poor, neither is his family.

Football made him rich!

GoalBall takes a look at the Highest paid Nigerian footballers of our time and their weekly wages.

And NO, my friend is not included.

Nigeria is known to have one of the most talented players in leagues both at home and abroad.

These players have been able to make a name for themselves by acquiring skills relevant to football and also wealth which makes them quite famous and role models of the younger generation.

However, the question on the lips of most lovers of football is: who are the highest paid Nigerian footballers?

While it is well known that these footballers earn mouthwatering figures every week for playing for their clubs, however, little is known about their actual monthly and annual wages and their net worth.

Taking the top spot on this list, is Super Eagles and Shanghai Greenland Shenhua striker, Odion Ighalo who earns a wage in excess of E200,000 a week.

These figures are unrivalled by any other Nigerian professional footballer which is why I placed him at the number one spot.

Ighalo was receiving a wage reported to be around E190,000 a week while he played for the Chinese club Changchun Yatai, however, his wage was raised to the current figures when he was transferred to the Chinese side Shanghai Greenland Shenhua.

Every Nigerian football lover knows the talented midfielder who goes by the name John Mikel Obi.

Obi is one of the top figures in Nigerian football due to his massive success at top European clubs.

Mikel Obi is also one of the richest Nigerian footballers after finalizing his move from Chelsea to Chinese club Tianjin TEDA in 2017.

While playing for the Chinese club, Mikel Obi was earning about E140,000 per week, which made him one of the highest paid Nigerian footballers until his move to English Club Middlesbrough in 2019.

Obafemi Martins is a top Nigerian footballer who made his mark in the European league before moving to a Chinese club.

He was signed by Shanghai Shenhua where he receives a huge sum every week. His weekly wage while playing for the club was pegged at E140,000 per week.

Kelechi Iheanacho is another skilled Nigerian footballer to appear on our list.

The footballer is one of the few Nigerian players to have played for the big clubs in the English Premier League.

Iheanacho who currently plays as a Centre-Forward for Leicester City receives a wage of E115,000 per week.

Victor Moses is a talented Nigerian footballer currently playing for the Turkish side, Fenerbahce.

His weekly earnings are around E70,000 per week.

Ahmed Musa is another Nigerian footballer who made his mark in the English premier league.

He once played for the English club, Leicester City and currently plays for Saudi Arabian club Al-Nassr where he earns about E60,000 per week.

Earning about E50,000 per week, Wilfred Ndidi is undoubtedly one of the highest paid Nigerian footballers.

Alex Iwobi is a Nigerian footballer playing as a forward for the top English club, Arsenal. He currently earns about E30,000 per week.

Leon Balogun is a Nigerian footballer who plays for the Nigerian Football Team and English club Brighton & Hove Albion.

He currently earns a wage of E26,000 per week playing for the club.

Kenneth Omeruo is a Nigerian footballer currently playing for La Liga side CD Legans. Omeruo earns a weekly wage reported to be around E16,000.