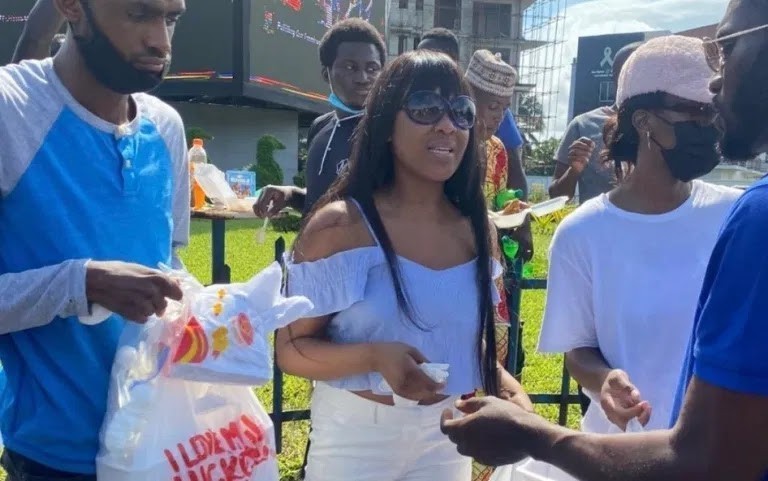 Obafemi Martins has donated food items to #EndSARS protesters at the Lekki Toll Gate in Lagos.

With the protests entering its Day 13 at the famous toll gate, the former Super Eagles striker, using his foundation, distributed food and drinks to protesters.

Since the protests broke out, it is gathered that many of the agitators sleep and wake at the venue and thereby could be out of food.

In his latest post on his social media account, the Wuhan Zall of China striker posted pictures as well as clips of officials of his foundation distributing the items to the protesters.

He has played for several top clubs in Europe including Inter Milan, Newcastle as well as Rubin Kazan.

SEE ALSO | Siasia’s Mother Reveals Everything About Her Kidnapping

‘Obagoal’ as he is fondly called also had a stint with La Liga outfit Levante as well as Chinese club Shanghai Shenhua.